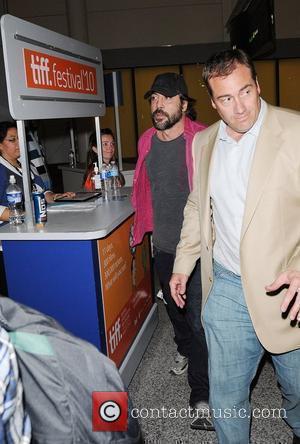 Oscar winner Javier Bardem is still waiting to add a little Glee to his life - but fears his awful singing voice has put producers off.
The Spanish actor was slated to play a rock star on the hit TV show, but he reveals he has yet to film his guest spot.
Bardem tells Eonline.com, "I want to do it. I told (creator) Ryan Murphy several times I want to play this heavy metal rock 'n' roll star, but I don't think he has the guts to do it... because I sing really bad. I think that's the whole point.
"We had a blast figuring out what I could be... but I haven't received any script. So when am I appearing on Glee? I don't know."