SNL Says Goodbye To Armisen, Sudeikis And Hader In A Season Finale To Remember 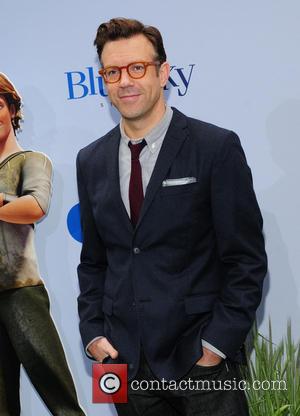 Last night’s season finale of Saturday Night Live was filled with nostalgia, as Ben Affleck returned to host for the fifth time, while cast members Jason Sudeikis, Fred Armisen and Bill Hader bowed out with their final SNL show.

It was an unusual hosting turn for Affleck, who gave his opening monologue with wife Jennifer Garner by his side and devoted the moment to an apology to her (of sorts). Affleck raised a couple of eyebrows with his Oscar acceptance speech earlier this month, when he mentioned that his marriage to the actress was “work”. In front of the SNL cameras, however, he was all remorse, saying: “I couldn’t do any of the things I do without you” and so on and so forth, until Garner jokingly noted that he was, in fact, just reading from the cue cards. Oh well, it was a noble try anyway.

But the night definitely belonged to Hader, Armisen and Sudeikis, all of whom went out on a high note with their final sketch performing with Armisen's Brit punk character and singing "It's a Lovely Day." Carrie Brownstein, who works with Fred Armisen on the sketch comedy series Portlandia also joined in the festivities, as did the Sex Pistols' Steve Jones, singer Aimee Mann and others. This time the promos weren't deceiving. One thing is for sure: the SNL team definitely knows how to put on a finale.