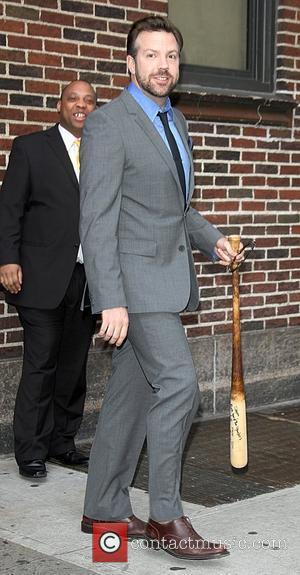 Actor Jason Sudeikis was left stunned after learning his great-grandfather was a bigamist during a recent appearance on U.S. show Who Do You Think You Are?
The Saturday Night Live funnyman, who is currently dating actress Olivia Wilde, signed up to retrace his family history on the programme in a bid to uncover more about his grandfather, who died when his dad Nick was only two.
During the episode, which aired in the U.S. on Friday (11May12), the actor discovered some alarming news - his great-grandfather Stanley actually lived a double life, residing in both Chicago, Illinois and Bridgeport City, Connecticut.
The actor's great-grandmother Emma wed Stanley Sudeikis in August 1914 and several years later, in the 1920 U.S. Census, she is listed as married with child although there is no mention of her husband.
The discrepancy prompted the Hall Pass star to broaden his search for his great-grandfather and the 36 year old was subsequently shocked to find Stanley was living with a second wife, Mill, a couple of states away under the name Stanley Sedakis in bid to fly under the radar.
The comedian says, "So, he had two families?... I mean, bigamy feels a little bid odd but I don't know what to make of it. I would hope that it was a mutual decision, I'd hate to think that he just hightailed it out of Chicago (and abandoned them)."