Jason Statham Taking Over From Burt Reynolds In Heat Remake 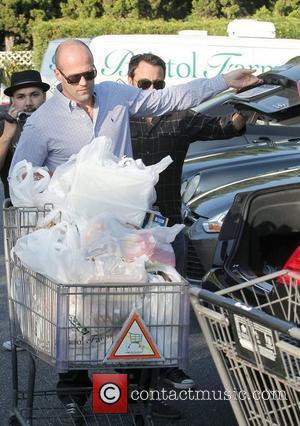 Movie tough guy Jason Statham is stepping into Burt Reynolds' shoes to star in a modern-day remake of cult 1986 action thriller Heat.
Acclaimed Scarface filmmaker Brian De Palma will direct the movie, based on William Goldman's book of the same name.
Statham will play a recovering gambling addict who offers his tough-guy services as a bodyguard-for-hire.
Oscar-winning screenwriter Goldman, who penned the original screenplay for Reynolds' film, will adapt his novel for the big screen once again.
Statham will also serve as co-producer of the new project, which was announced at the Berlin Film Festival in Germany this week (begs06Feb12).