Jason Segal Had To Lose Weight For Role

Jason Segal was ''forced'' to lose weight for his new movie, 'The Five-Year Engagement', because producers wanted it to be as realistic as possible so that co-star Emily Blunt would want to marry him. 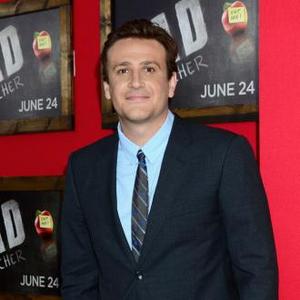 Jason Segal was ''forced'' to lose weight for his new movie.

The funnyman actor stars alongside Emily Blunt in his latest film 'The Five-Year Engagement' but was told by bosses he should shift at least 35lbs as they wanted the film to be as realistic as possible.

He told talk show host David Letterman: ''I was forced to lose weight for this movie. It was by the studio president!

''I was told it had to be conceivable that Emily Blunt would ever choose me to be her husband, which I think is fair enough! I had to lose a good 35lbs. I didn't enjoy it but they sent a trainer to set and I had to work out twice a day and he would also watch me eat all day.''

However, the 'How I Met Your Mother' star - who is currently dating actress Michelle Williams - says he didn't follow the strict rules he was put under and did his best to eat as much food as possible.

He said: ''What they didn't anticipate is that I'm very clever and I play a chef in the movie, so there were a lot of scenes in which I had to eat. So I paid my co-stars phenomenal amounts of money to mess up their lines during the scenes and I'd get to keep eating!''