She might've caught a glimpse of his prosthetic penis from the set of 'The Overnight'.

Jason Schwartzman and Adam Scott open up about getting butt naked on the set of their new movie 'The Overnight', only they weren't quite as naked as you might've thought. These guys were blessed with prosthetic appendages to protect their modesty, and they were more than grateful for it. 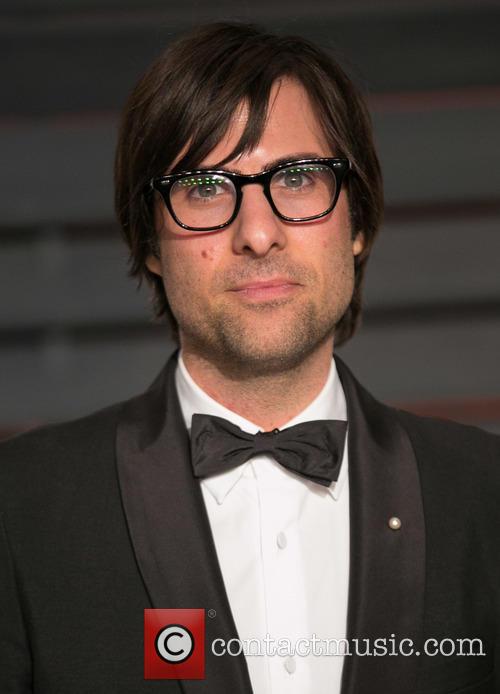 The actors appeared on 'Conan', where the host brought up the subject of nudity. As it turns out, wearing the fake penises was a lot more fun, and 'weirdly comfortable' according to Adam, than they imagined it would be so they had no worries walking around the set with no clothes - the same cannot be said for the crew members.

'On the crew intellectually people knew that these weren't our real penises but they still treated Adam and I like we were naked in the beginning', Jason reveals. 'People would come up to me like, 'Hi, can I get you a coffee or anything like that?' and avert their eyes.' As much as the various assistants on set took some time getting used to two naked guys wandering around, Jason agrees with Adam that the whole situation was a breeze, even despite the fact that Adam was given the significantly larger false member. 'They put it on with adhesive and then when I stood up for the first time and actually saw it, it was really nice and fun to have it', Jason admits.

Watch the trailer for 'The Overnight' here:

In fact, Jason was so thrilled with the effect, that he decided to send a few photos to his wife. However, as is generally a danger when keeping nudes in your phone's album, this led to a pretty embarrassing situation as his daughter's school's multicultural fair where the principal, having heard about their new baby, asked to see some pictures of the infant on his phone. 'I hit iPhoto and open it and the first thing that comes up is the last picture taken which is me completely naked with a nine and a half-inch long penis', he recalls.

On the bright side, there's a chance that she didn't manage to catch a glimpse of the photo, but to this day Jason remains suspicious at how well each parent-teacher conference goes. He jokes: 'We walk in and the teachers are like your daughter is doing great, we don't have any problems and we're happy you guys are at the school.'