The star admits the whole story would've been too unbelievable for film.

'Big Eyes' is definitely one of the most extraordinary true stories to hit the big screen in 2014, with direction from Tim Burton giving it an even more surreal edge, but Jason Schwartzman insists the true events that occurred stretched belief even further. 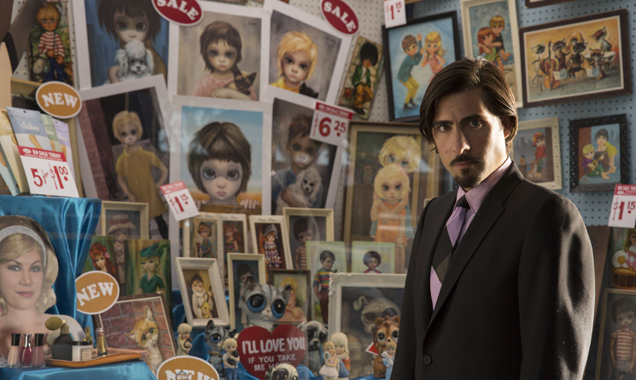 Margaret Keane's remarkable paintings of people with outsize eyes were a phenomenon in themselves and something that greatly attracted her later husband Walter. However, their marriage turned sour as he repeatedly lied to friends, family and the public that he was the artist, under the excuse to Margaret that men sell more paintings than women. The movie shows the unbelievable lengths Walter went to to keep the truth under wraps, but it seems things were even weirder than we get to see.

'It's very interesting and strange and bizarre, all the more so because it's true', says Schwartzman. 'In fact, apparently it's muted compared to the real story. There was stuff that really happened that would just be too unbelievable to be in a feature film. That's pretty wild. Because this movie already is pretty wild!'

We couldn't expect any less from a Tim Burton movie and with stars such as the Oscar winning Christoph Waltz as the wickedly cruel Walter and Amy Adams as the dignified Margaret Keane, it will no doubt be a story that everyone will remember. Jason's own character, Ruben, plays the owner of a San Francisco art gallery who, along with everyone else, is fooled by Walter's ruse.

More: Christoph Waltz was enthusiastic to work with Tim Burton

'Big Eyes' is up in three categories for the January 2015 Golden Globes.