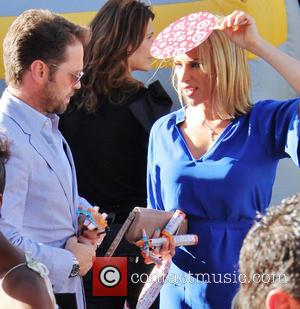 Actor Jason Priestley is set to tell all about his time on hit 1990s Tv show Beverly Hills, 90210 in a new autobiography.

The star, who played Brandon Walsh in the teen series for nearly a decade, has signed a deal with publishing house HarperCollins to write his memoirs, and is expected to lift the lid on all the behind-the-scenes drama.

Priestley will also detail his turbulent personal life, including his near-fatal 2002 car crash and his brief stint in jail in 2000 on a drink-driving charge.

The actor says, "Although I've only been on the planet for 44 years, I've lived a lot in that time. I hope my story will enlighten, entertain, and inspire those who read it."

The currently untitled book will hit stores in the spring (14).