One For The Money actors Daniel Sunjata (All My Children; The Devil Wears Prada) and Jason O'Mara (Resident Evil: Extinction; Terra Nova) talk about their new movie. When asked if they'd been in trouble with the law, Daniel confessed he had received a couple of parking tickets but that was it and Jason says that he has a similar answer. The latter also reveals that he had problems cuffing people in the film, so he had to take the handcuffs home to practice with.

One For The Money 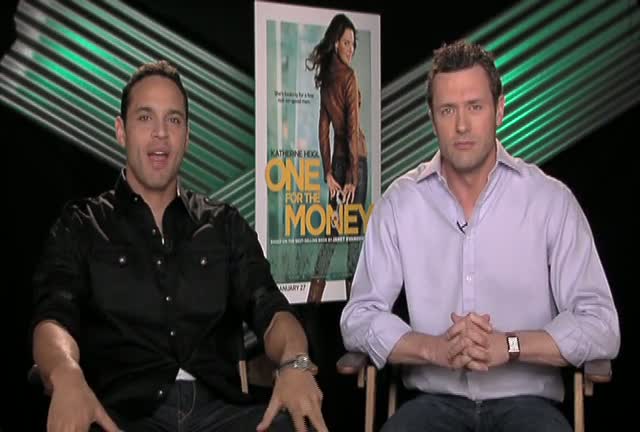 Jason O'Mara Had Problems With Handcuffs