Jason Mraz is calling for a ''make-over'' of touring as he thinks it would be ''sexier'' for bands to take solar generators on the road and run trucks on algae fuel. 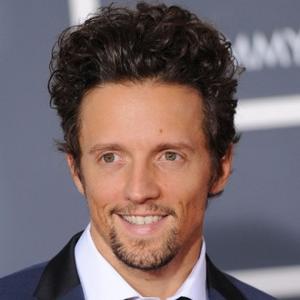 Jason Mraz thinks touring would be "sexier" with solar generators and algae fuel.

The 'I'm Yours' hitmaker and eco-activist has decided he wants others to follow suit with him and give their touring a "make-over", so they would see how easy and effective going green is.

He told huffingtonpost.com: "The touring world could stand a make-over. We use so much fuel and electricity to put on concerts that it would be a lot sexier to travel with solar generators and truck and bus convoys that run on Algae fuel."

Jason, 33, also explained how he goes to great lengths to try and set a good Example by p[lanning his tours to be as ec-conscious as possible.

He said: "We seek out locations where BioDeisel is available, only choose green hotels, and we do not allow plastic water bottles. We eat locally and travel light, hoping to stimulate each local economy fairly and leave no trace of our being there other than seeing smiles on peoples faces.

Jason has been particularly vocal about the deepwater horizon oil disaster in the Mexican Gulf earlier this year - which has affected much wildlife and sealife around the coasts of Louisiana and Alabama in the US - and said he is likely to write about it in some of his forthcoming songs.

He added: "Everything in life influences my music. I've always used songwriting as a means to share what I think is profound. Music is a weapon in the war against unhappiness."