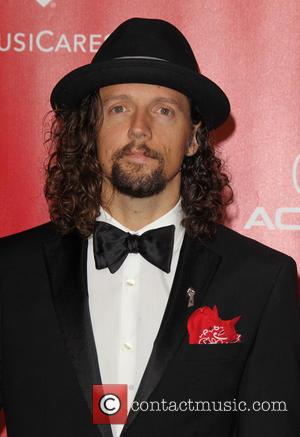 The teenager recorded his uplifting song just weeks before he lost his cancer battle on 20 May (13) and the filmmaker chronicling his final days decided to ask some of his famous friends to record themselves singing along to the track for the promo.

Mraz joined Bryan Cranston, Sarah Silverman, Rainn Wilson and Anna Faris among others for the video, which has become a viral hit, propelling the song into the U.S. pop charts - it's this week's highest debut at 26.

But the I'm Yours hitmaker admits he struggled to film his segment because the song touched him so deeply.

He says, "I had never heard a song with such purpose and a song that needed to be in the world and that song was an example of how one can choose one's life powerfully. I couldn't get through the song without crying several times. I just felt this was such a powerful message that needed to be shared. I was really happy to be a part of it.

"When a song comes from the heart it has the ability to live inside of all our hearts. Zach had a gift, a true message to share with us all that now lives inside of us all."