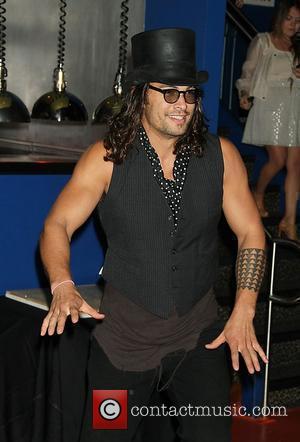 Conan the Barbarian star Jason Momoa hates modern technology so much he refuses to own a television, mobile phone or computer.
The Hollywood hunk is no fan of the technological luxuries, admitting he and his partner Lisa Bonet won't allow a TV in their house, which means he can never watch his performances on dramas like Game of Thrones and re-runs of Stargate: Atlantis and Baywatch.
He tells Total Film magazine, "People normally have a cell phone, they have email, they have computers, they have a TV. And I don't have any of them. In these times that's considered barbaric to a civilised world."
The actor admits he gets his entertainment from the big screen instead: "I get my popcorn and my hot tamales (a Spanish savoury wrap) and I love (it) when the lights go down and I watch the previews. To me, that's my tradition, that's my childhood. That's when I escaped and went into different worlds."