After bursting onto the scene in Game of Thrones, Hawaiian actor Jason Momoa has been on a roll in both movies and television series. 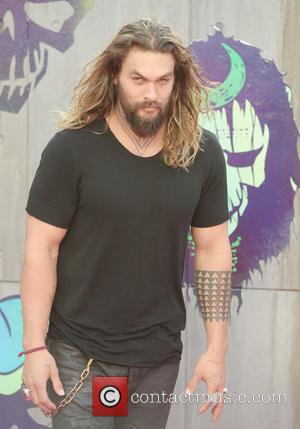 Jasom Momoa's latest film is the edgy romantic thriller The Bad Batch, set in a near-future in which society's undesirables are sent into a desert wasteland where they live without rules. "The Bad Batch is heavy, gnarly and amazing," Momoa says enthusiastically. "The director's first film was called A Girl Walks Home Alone at Night, which won the Gotham Award for breakthrough director for Ana Lily Amirpour. So The Bad Batch is pretty rad!"

Momoa says that he enjoys making projects that are off the beaten track. "Some of my favourite movies are where it looks like hell to have shot them," he laughs. "The rain and the dirt and mud all make it easier to act. I identify with the outcast thing, and I really love it."

The actor recognises that his hulking physicality makes it unlikely that he'll play more mainstream roles. "I don't think a lot of people are calling me to play doctors and lawyers," Momoa says, "which is fine with me! I can put a suit on, but I don't really like to. I'm not going to normally get hired to play those emotional things, although I'm capable of it. I was raised by a single mother in Iowa, but I'm just trapped in a big, dumb body."

Momoa is about to break out as Aquaman in the DC movies. The character debuted briefly in last year's Batman v Superman: Dawn of Justice and will feature much more prominently in this year's Justice League before going on to his own movie next year. And Momoa says this kind of role will allow him to flex his muscles as an actor, writer and director. "It makes it a little easier to finance a small independent film when you've got Justice League under your belt," he says, referring to his writing-directing debut Road to Paloma (2014) and an upcoming project he describes as a Hawaiian Braveheart.

But for now it's all about Aquaman. "When I first read the script," Momoa says, "well, let me just put it this way: I've never seen a movie that's anything like this. It's going to be a world that you've never seen before. We've gone to space, we've traveled all over different worlds, but we never went underwater. It's funny and heroic, a really cool adventure!"

Watch the trailer for Justice League: