In the album chart Will Young has scored his fourth number one with ‘85% Proof’.

Jason Derulo has taken the top spot of the UK singles chart this weekend with ‘Want To Want Me’, giving the singer his fourth number one. Derulo first topped the charts in 2010 with ‘In My Head’, followed by 2011’s ‘Don’t Wanna Go Home’ and 'Talk Dirty' in 2013. 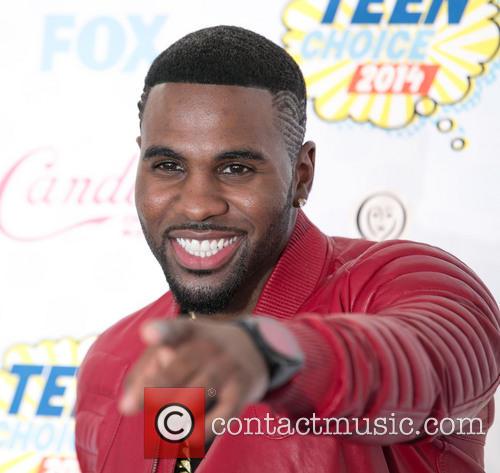 Jason Derulo is sitting on top of the UK singles chart for the fourth time.

Speaking to OfficialCharts.com the US singer said, “I just want to say thank you to all the fans for giving me this tremendous pleasure. It never ever gets old. Honestly, it feels just as good every time, if not better!"

"I worked really hard on this album for about eight months, so to begin like this with a bang is a real blessing,” the singer added. ‘Want To Want Me’ took the top spot thanks to a combined chart sales figure of over 127,000 this week, beating last week’s number one OMI’s ‘Cheerleader’ by 60,000 units.

Skrillex, Diplo and Justin Bieber’s collaboration ‘Where Are U Now’ claimed two places this week to take the number three spot, while Wiz Khalifa’s ‘See You Again’ featuring Charlie Puth celebrated its eight week on the chart at number four.

The top five was rounded off by Taylor Swift’s ‘Bad Blood’ featuring Kendrick Lamar which fell one place to the fifth spot. The second highest new entry this week came from Dutch DJ Martin Garrix whose 'Don’t Look Down' featuring Usher entered at number nine. While 2015 Eurovision Song Contest winner Mans Zelmerlow debuted just outside of the top 10 at number 11.

More: Jason Derulo Is "Absolutely" Dating Other Women After Splitting From Jordin Sparks

In the album chart Will Young won a close battle to take the top spot with his album 85% Proof. The record is Young’s fourth UK chart-topper, with his 2002 debut From Now On, 2003’s Friday’s Child and 2011’s Echoes all taking the number one spot.

In at number two was The Vaccines with English Graffiti, followed by Taylor Swift’s 1989 and Mumford & Sons’ Wilder Mind which fell one place to number 4. The top five was then rounded off by Sam Smith’s In The Lonely Hour which this week matched the Beatles' record when it celebrated its 50th week on the album chart.