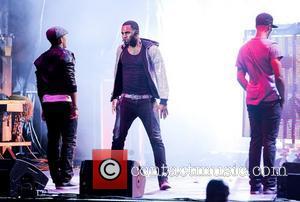 Facebook has compiled two top ten lists of the songs people listen to when entering or breaking off a relationship. With Valentine's Day around the corner, the social networking giant worked with Spotify to see what users in the US listened to when making their relationship status 'Facebook official'. Facebook says: 'Every day, people are breaking up and entering into relationships on Facebook. When they do, they play songs that personify their mood,' which is an apt description for the playlists.

Jason Derulo's Don't Wanna Go Home was top of the 'Songs people listen to when entering into a relationship' playlist, while The Cave by Mumford And Sons was the top song on the contrasting playlist, 'Songs listened by people after ending a relationship'.

While in love, people also listened to Beyonce's Love On Top; How To Love by Lil Wayne; Just The Way You Are by Bruno Mars and Good Feeling by Flo Rida, which came in second; third; fourth and fifth respectively. By contrast, when people have come out of a relationship, they tend to listen to more downbeat songs, with Drake's Crew Love; All of the Lights by Kanye West; Adele's Rolling in the Deep and Take Care, also by Drake, rounding out the top five.

Top ten songs people listen to when entering into a relationship
1. "Don't Wanna Go Home" by Jason Derulo
2. "Love On Top" by Beyoncé
3. "How to Love" by Lil Wayne
4. "Just The Way You Are" by Bruno Mars
5. "Good Feeling" by Flo Rida
6. "It Girl" by Jason Derulo
7. "Stereo Hearts" by Gym Class Heroes featuring Adam Levine
8. "Criminal" by Britney Spears
9. "No Sleep" by Wiz Khalifa
10. "Free Fallin'" by John Mayer


Top ten songs listened by people after ending a relationship:
1. "The Cave" by Mumford and Sons
2. "Crew Love" by Drake
3. "All of the Lights" by Kanye West
4. "Rolling in the Deep" by Adele
5. "Take Care" by Drake
6. "It Will Rain" by Bruno Mars
7. "We Found Love" by Rihanna & Calvin Harris
8. "Call It What You Want" by Foster the People
9. "Love You Like a Love Song" by Selena Gomez and the Scene
10. "Without You" by David Guetta featuring Usher