Jason Derulo wants to buy a private plane after being kicked off a flight on Saturday. 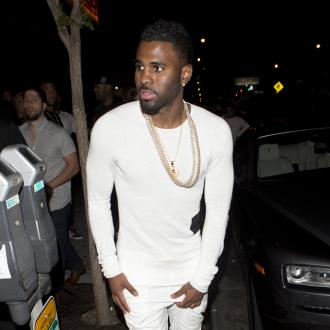 Jason Derulo is buying a private jet after being booted off a flight on Saturday (15.08.15).

The 'Want to Want Me' hitmaker and his bodyguard got into an argument with Southwest Airlines staff after being denied an escort to get through check-in faster.

The bodyguard exchanged heated words with an employee and Jason and his entourage were escorted off the plane from Reno, Nevada, to Los Angeles, where the singer had a gig.

Quizzed about the incident by TMZ, he said: ''It's alright, I'm buying a plane this month.''

Jason's representative insists he was allowed on the plane but other members of his entourage were not, but got on the plane anyway. This resulted in the entire group being taken off the flight by airport security.

The crooner eventually made his way to his LA gig by private jet, but he was said to be extremely upset with the airline over their actions.

He said: ''I think everything happens for a reason. I think I was in that relationship for a reason, and I don't regret anything, but at the same time I know how good it feels to be on my own right now.''