Jason Derulo wishes he could have formed a friendship with his idol Michael Jackson before the King of Pop passed away in 2009. 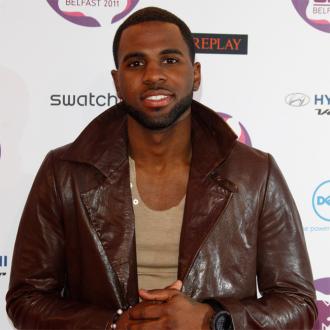 The late 'Thriller' hitmaker passed away from acute Propofol intoxication in June 2009 shortly before he had his first hit with 'Watcha Say' in August of the same year, and Jason wishes there was a way he could have communicated with his idol before he passed away.

He said: ''The call I wish I'd made would have been to my inspiration, Michael Jackson, before he passed away. I didn't know him personally, but he was the reason I started singing and dancing.''

Jason - who is about to release his new single 'Talk Dirty' - is also undergoing preparations to perform live again, after he broke one of the vertebrae in his neck training for a tour in 2012 and he is also eating as healthy as possible.

He told Closer magazine: ''I wish I'd said yes when I was offered a pizza the other day. It was a delicious Hawaiian, but I'm trying to keep in shape and the pizza wouldn't have helped. I wish I could say no when I have to get up to go to the gym.''