Jason Derulo has offered to write a song for Aston Merrygold to help him launch his solo career after splitting from his band last year. 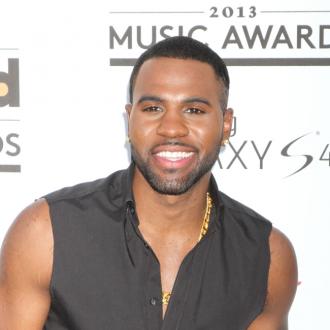 The 'Trumpets' hitmaker admits he'd happily pen a track for the 25-year-old singer to kick-start his career after his band JLS went their separate ways at the end of last year.

Jason said: ''Aston will have to be fully committed to his solo career. I never had to come from a boyband so I've never had anyone to lean on. I'd suspect when you don't have the support of your brothers any more, it's all on you.

''I think JLS could have carried on that nice little reign they had.

''I was shocked to hear their record sales had gone down.

''They're all talented guys but it depends on you and where your heart is if you want to pursue a solo career.

Meanwhile, the hunky star has collaborated with Pitbull on his new album 'Tattoos', but he admits he's known the 33-year-old rapper since he was 15 and has worked with him on numerous occasions.

He told the Daily Star newspaper: ''Before I got my record deal, when I was about 15, I had this song called 'Hush Bubbling around Miami'.

''I asked one of my DJ friends who knew Pitbull if he would get on it - and he did.

''We're from the same place but he was massive at that point.

''We've always stayed in touch and to get him on this album is really cool.