So Why Does The Internet Think Jason Derulo Fell Down The Met Gala Stairs?

The meme of a man said to be Derulo briefly took over the internet last night, but all wasn't quite how it seemed.

Singer Jason Derulo was the victim of a bizarre (and hilarious) internet prank on Monday evening, when a rumour spread like crazy online saying he’d fallen on the Met Ball’s red carpet. The rumour spread so fast that Derulo ended up trending on Twitter as images of his so called ‘epic fall’ were shared thousands of times on social media. 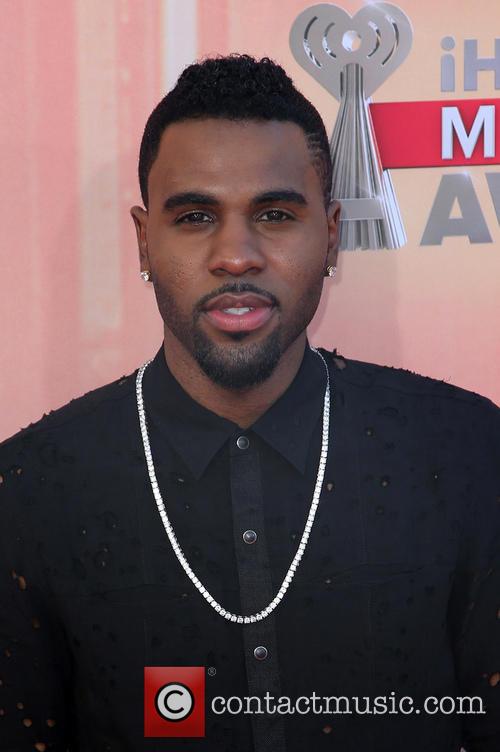 On his feet: Jason Derulo

The images showed a man in a white tuxedo taking a massive, acrobatic fall down some red-carpeted steps in front of a sea of photographers, as security guards rushed to try and help him.

To the internet, the man in the pictures appeared to be ‘Talk Dirty to Me’ singer Derulo. But you really didn't have to be Jordin Sparks to realise that someone, somewhere online had been seriously misinformed.

More: Jason Derulo Is "Absolutely" Dating Other Women After Splitting From Jordin Sparks

The truth is Jason Derulo did not fall down the Met Gala stairs, actually he wasn't even in attendance at the prestigious event. Luckily the 25 year old saw the funny side of all the attention, later tweeting a meme of himself looking confused with the caption, "Lmao I'm at rehearsal in L.A. F---- y'all! Lol."

So who was the falling man in the white suit? Sadly that’s still a mystery, but the internet in the past has referred to him as ‘Cannes Falling Guy’. Yes sorry to burst everyone’s bubble but not only was it not Jason Derulo, that epic fall didn't even happen at last night’s Met Gala.

More: Jason Derulo On Split From Jordin Sparks: Infidelity Was Not The Cause

The images of the white-suited man taking a tumble were actually from the Cannes Film Festival four years ago, back in 2011 when an unidentified male had a rather spectacular fall.

But as for why the Jason Derulo rumour started in the first place? We're not sure. All we do know for certain is that the internet is a very, very strange and confusing place.