Jason Derulo Is Planning To Start A Company To Provide Affordable Private Jets Following His Public Plane Drama In August (15). 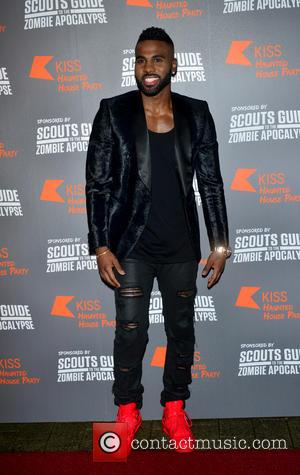 The Talk Dirty singer and his entourage were escorted off a flight before it took off from Nevada after his security guards became embroiled in bust-up with airport employees.

Derulo subsequently had to charter a private jet to get back to Los Angeles, and he vowed to use that mode of transport for every trip in the future, and now he is hoping to launch a company so others can use them too.

"We went to the gate and there were some ruckuses starting (sic)," he tells Britain's The Sun newspaper about the incident. "My security was taking me there and the ticket clerk was like, 'Hey, you can't be here'.

"About five minutes later they had the police come and escort us off the plane. It was rough... so I'm starting a company that charters jets affordable to the average person."

He had previously explained the misunderstanding, saying, "It was a little mishap. Basically, there was a little confrontation with the people that work at the front (desk). We were literally just trying to not cause a ruckus. My security was literally just trying to tell the agent, 'Can we go to this section so we don't cause a ruckus?' There's a lot of picture taking and that stuff going on. They weren't being very accommodating...

"I had nothing to do with it. I didn't say anything to anybody. So they kicked me off a plane... But it's all good. I learned from the experience. And I'm getting myself a jet so I won't have that problem."