Jason Derulo Has Been Escorted Off A Flight To Los Angeles After An Altercation Between His Bodyguards And An Airport Employee. 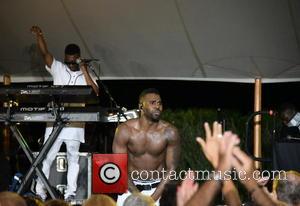 One of Derulo's security staff was refused preferred boarding on Saturday (15Aug15) at an airport in Reno, Nevada, and an eyewitness tells TMZ.com the singer and those travelling with him then began shouting at an airport employee.

They were told they would not be able to board the Southwest Airlines flight but went through security anyway and were subsequently escorted off the plane.

A representative for Derulo tells TMZ that the star, who was trying to make it to L.A. to perform at a gig, had requested an escort to get him through the airport faster, but was refused.

Derulo later posted a video on Instagram.com with the caption "Jet Life", showing him on a private jet with a bodyguard in the background shouting "They can't kick me off of this".