The mooted Led Zeppelin reunion has been all but dismissed by Jimmy Page. The guitarist set the record straight at the film premier of Celebration Day, reports The Independent.

In the slightly awkward press-conference surrounding the press push for their upcoming gig-movie, the band refused to talk reunion, with Robert Plant deflecting any ill-received questions on the matter. But when it came to the film’s premiere, Jimmy Page just couldn’t keep quiet about it, and told reporters exactly where a reunion lay on the band’s priority list. "I think it's disappointing for people when the answer is no," Page said, well and truly quelling rumors. However, like all correspondence surrounding the reports of reunification, this was followed by a statement that will keep the flame running low: “That's what it is now," he said.

Celebration Day covers their 2007 reunion concert at London's 02 Arena. Jason Bonham, the son of the late John Bonham, played the one-time tribute concert to honor Atlantic records founder Ahmet Ertegun. "Once the idea was proposed, 'Would we do the concert?' It had to be Jason," Page said. "I think it's probably frustrating to the public when they see how good it is, and they go, 'why won't you do anymore?' They don't get it," Bonham explained. "But you know what, there's a time, and for me it's when John Bonham was in Led Zeppelin." 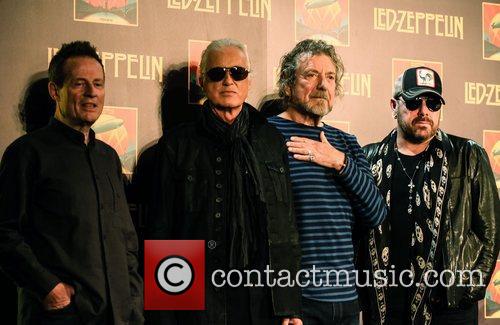