Page 2 - Jason Biggs' Apology: Will The Actor Tone It Down?

Although Twitter can be an excellent platform for humor and clever one lines, Biggs has proven time and time again that he hasn't learned when he has taken it too far. He's been incredibly successful with his American Pie movie franchise, which put out its latest installment in 2012, but he may be a part of his biggest venture yet with his role as Larry in the Netflix smash, 'Orange Is The New Black.' With the show's growing success, can the program really afford to have one of its main supporting characters bring such bad press? Biggs' wife, Jenny Mollen, is also fresh off the release of her brand new book. While Mollen is known for her crass humor as well, you'd have to figure that her name always being attached to his antics doesn't look very good. 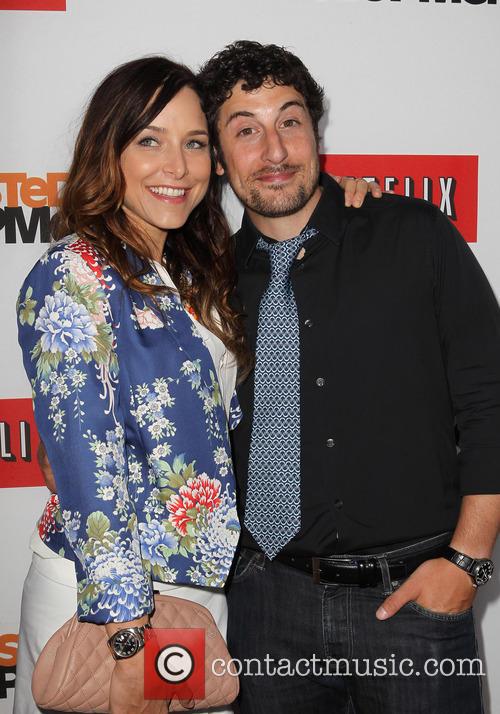 Biggs' wife, Jenny Mollen, released her new book, 'I Like You Just The Way I Am,' in June

Is this the nail in the coffin for Biggs? Definitely not. You shouldn't expect any punishment from Orange despite some on social media calling for his firing. Not only did Biggs apologize on Twitter, but he also made an appearance co-hosting talk show The View where he stated his apology once again on television. ”I certainly meant no harm; there was no malice, but I was stupid. It was poorly timed," he said. "I have nothing but sympathy for the victims and their families. I've learned my lesson, and I'd like to move on." Biggs is, for the most part, a pretty funny guy, and this is the first instance where he has genuinely sounded sorry for comments he's made. From now on, it's a safe bet to assume Biggs is going to think before he tweets when the next joke comes to mind.