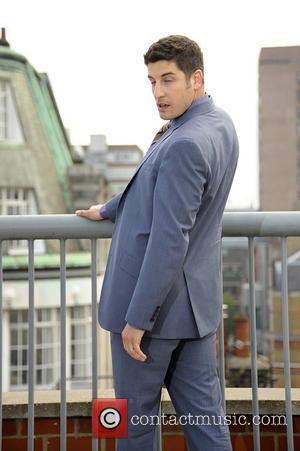 The Orange is the New Black star appeared to take a swipe at his former co-star's looks during an appearance on Joan Rivers' web chat show In Bed With Joan, when he was asked who he would save and who he would sacrifice between Reid and Lindsay Lohan.

Biggs has now taken to Twitter.com to ask for Reid's forgiveness, insisting he meant no offence and urging her to not be upset by media stories about his comment.

He writes, "The same tabloids that make a spectacle out of @TaraReid 's body- insulting her without hesitation- are now trying to make a 'story' out... of my comment made on a Comedy show about how no one knows what's going on with her body.

"@TaraReid - I am sorry if that hurt you. But...please do not ignore the irony and hypocrisy that is behind these 'news' sources trying to create a feud for the sole benefit of... of their rag publications. Sorry again if I offended you. I look forward to my 'diss' disappearing, along with this made-up fight."

The comedy actor was previously forced to apologise to Reid in 2013 after branding her a "hot mess" on U.S. Tv show Watch What Happens Live.

Reid famously underwent a botched breast augmentation and stomach liposuction operation that left her disfigured in 2004.

She previously admitted, "I'm scared about getting surgery ever again. It's like surviving a plane crash and getting on a plane again. (My stomach scars) are my battle wounds; boom, that's it."