Jason Biggs and Mena Suvari believe their careers have been ''defined'' by starring in the 'American Pie' comedy movies. 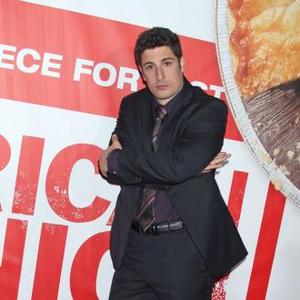 Jason Biggs and Mena Suvari believe they are ''defined'' by the 'American Pie' franchise.

The stars - who are reprising the roles of Jim and Heather for a fourth instalment of the series, 'American Reunion' - admit they all get on well despite not seeing each other for years and Jason claims they have ''wonderful chemistry'' with one another when they get back together.

He said: ''The wonderful thing about this cast is we can go years without seeing each other and then we get back together and we have this short-hand with each other. We have this shared connection that is the 'American Pie' franchise and its success and it defines us all in a great way, in a very profound way, and it's very special to all of us.

''We share that with each other and it's a great thing and when we come back we all have wonderful chemistry and get along as if we had stayed in touch every single day.''

Although Jason starred in the last movie, 2003's 'American Wedding', Mena was not a part of the cast.

However, she admits it was like no time had passed between her last out in 2001 and the current movie.

Speaking on UK TV show 'Lorraine', she said: ''To me, it felt like not even 30 minutes went by and then everybody was right back into the same vibe that we always had.''