Jason Bateman is glad sex scenes on 'The Change-Up' were ''executed'' in a ''semi-sophisticated way''. 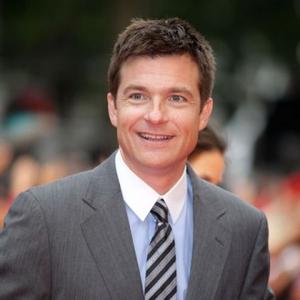 Jason Bateman is glad the sex scenes in 'The Change-Up' were done "tastefully".

The actor stars alongside Ryan Reynolds in the comedy caper about two men who end up in each other's bodies after a wish goes wrong, and the raunchy scenes initially made the 'Switch' star uncomfortable until it was decided to go about doing them in a more respectful manner.

He said: "There are some graphic, raunchy f***ing things in this movie, and if it's not executed in a tasteful, semi-sophisticated way, it just becomes poor taste. And hopefully we're on the side of that. And that's a combination of multiple departments- the camera, the writing, the music, the editing. "There's a thousand ways to shoot every joke, and a bunch of ways to perform them. It has to be a proper cocktail. I don't mean to make this sound like highbrow science, but it takes a conversation between all the creatives."

The 42-year-old hunk particularly enjoyed the role because you get to play two extremes of character.

He added to Collider.com: "I think for both of us, it's an actor's dream. It's Jekyll And Hyde, you get to play both sides of it. We both spent time playing this guy, but when you play this guy and switch back and do the other guy and vice versa, it kind of allows you to spread out your bookends a little bit more, the borders, the goalposts. It's a great challenge comedically."