Jason Bateman Explains Peeing Scene In 'The Change Up' 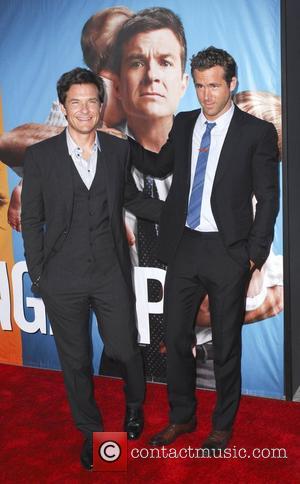 Jason Bateman stars with Ryan Reynolds in new body-swapping comedy The Change Up, and Bateman has been explaining the novel method through which the body-swap happens - by urinating into a fountain. Bateman told ontheredcarpet.com: "The writers aren't going to bore you by having some incredibly inspired device with which you accomplish something absurd.They're just like, 'Let's just have them pee in a fountain and get it over with because our obligation is to entertain you after that, not to give you some scientifically-vetted way to switch bodies."
The film has been panned by critics, who have sighted the vulgar content and lack of message as major turn-offs, but Bateman defended the film, saying: "If you switch bodies with someone, you're going to get into some R-rated situations - that's what's nice about this, the writers didn't really need to box themselves in, we go right where they would go." USA Today said of the film: "While this raunchy Freaky Friday meets Trading Places has some laughs, it's more often frat-boy crass, frantic and formulaic." Roger Ebert in the Chicago Sun-Times was more damning, saying: "It has a low opinion of men, a lower opinion of women, and the lowest opinion of the intelligence of its audience." The Change Up is out now in North America, and gets a worldwide release on 16th September.