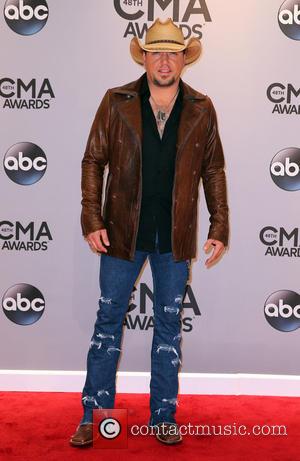 Picture: Jason Aldean - Shots of a variety of stars as they took to the red carpet for the 48th Annual Country Music Association Awards which...

The Shake It Off hitmaker removed her back catalogue from the company last week (ends09Nov14), stating she is "not willing to contribute my life's work to an experiment that I don't feel fairly compensates the writers, producers, artists, and creators of this music."

Following Swift's decision, musicians including Bono and Labrinth came out in defence of Spotify, but Aldean has decided to pull Old Boots, New Dirt from the online service a month after its release.

He has not offered up a reason why the new record has been yanked.

More than three million Spotify users streamed the album during its first week of release last month (Oct14), setting a record for the best-ever debut for a country album, according to RollingStone.com.