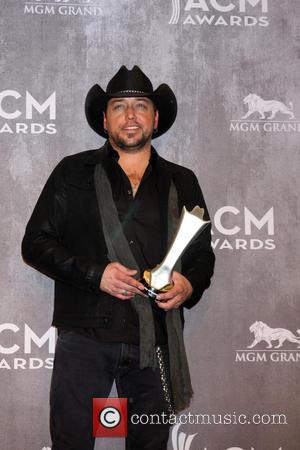 Newly-engaged country star Jason Aldean danced his way out of the reach of an overzealous fan on Thursday (25Sep14) after the woman climbed up onstage during a show in California.

The singer was performing in Chula Vista, hours after news of his engagement to girlfriend Brittany Kerr broke, when the unidentified female decided to join Aldean in the spotlight.

She went after the Big Green Tractor hitmaker in an attempt to give him a hug, but he avoided the devotee by dancing away from her as security guards came to his rescue and directed the woman off the stage.