Jason Aldean has been unable to repair marriage after indiscretion. 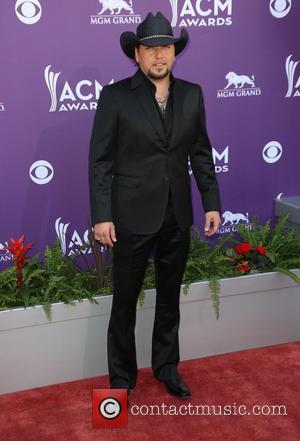 Jason Aldean really has put his wife Jessica through the mill in recent months, hasn't he? Firstly, TMZ.com, snapped him cheating on his high-school sweetheart wife with a woman in a Hollywood bar, and now HE's the one that's filed for divorce. Country star Aldean filed papers in Tennessee on April 26, 2013, seeking to end his 11 years marriage due to "irreconcilable differences."

The 36-year-old singer filed the papers on the same day that he announced he and Jessica had separated. At the time, Aldean's representative had said the couple were "having problems" though there was no mention of a divorce. It appears the problems began when Aldean was snapped kissing American Idol contestant Brittany Kerr on the Sunset Strip in September while he was in Los Angeles for a concert. He and wife Jessica attempted to patch things up and even walked the rep carpet together back in November, though it doesn't appear to have worked. "This is a really tough time for my entire family," Aldean said in a statement on Monday afternoon, "Jessica and I have been together since we were teenagers. We've been through a lot of ups and downs over the years as we grew up together as a couple. She will always be important to me because she is the mother of my children, and I know that we will both always make our daughters our (hash)1 priority."

Aldean and his wife back long before he became country music's top selling male act. Recently, he won the Academy of Country Music's male vocalist of the year award. The couple have two children together, Keeley and Kendyl. 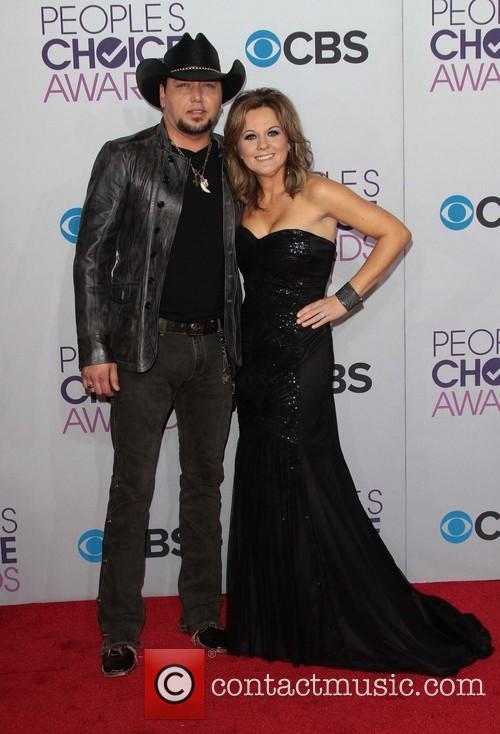 Jason Aldean And Wife Jessica At The People's Choice Awards in 2012.