Jason Aldean and Brittany Kerr are engaged! The country music star proposed to the former American Idol contestant on 24th September and they celebrated their news by visiting San Diego zoo. 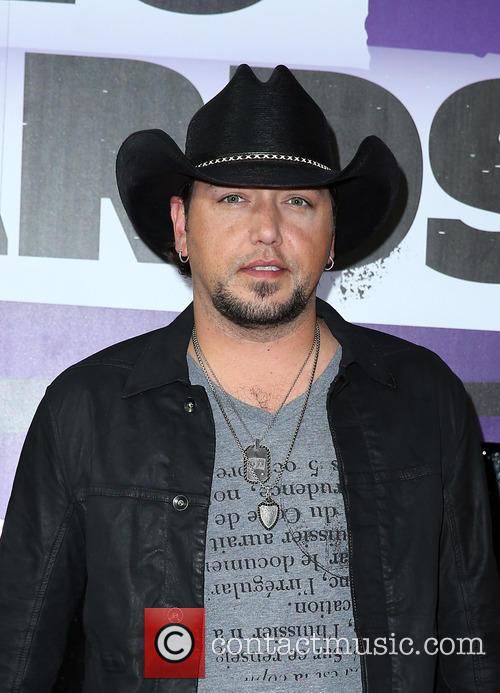 Kerr added a number of photographs on to Instagram including one of her feeding a sea lion at the zoo. She added the caption "My man did it again. Today was amazing." In another caption, attached to a photo of the couple kissing, Kerr expressed her happiness by writing: "We've been on cloud nine the past few days. My heart has never been more full of happiness and love. Can't wait to spend the rest of my life with this man."

Kerr also thanked fans for their support and "kind words". These "kind words" certainly make a change from the online abuse the couple endured after it was revealed they were dating back in March of this year. Many Twitter and Instagram users cruelly commented on the scandalous nature of the origins of Aldean and Kerr's relationship.

Their relationship began when Aldean was still married to Jessica Ussery. The news of Aldean's extramarital relationship with Kerr was brought to light in September 2014 when Aldean and Kerr were photographed kissing in a Hollywood bar, as Us Weekly reports.

Aldean has two children from his marriage to Ussery and he reportedly did try to make it work but finally filed for divorce, after twelve years of marriage, in April 2013. At the time Aldean was keen to point out how his children were still his first priority and there were no hard feelings between him and Ussery. At the time, as People reports, Aldean said "She [Ussery] will always be important to me because she is the mother of my children, and I know that we will both always make our daughters our No. 1 priority."

Congratulations to Jason Aldean and Brittany Kerr on the news of their engagement!