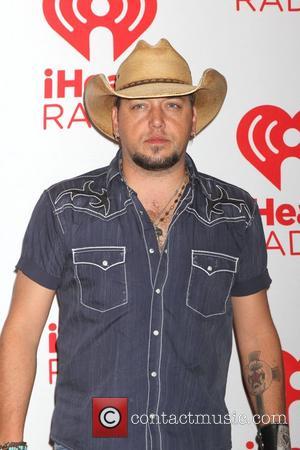 Brittany Kerr has been forced to close down her Twitter account after she was virtually set upon by a herd of angry Jason Aldean fans incensed after seeing picture of the pair kissing at the weekend. As has been widely reported, country star Aldean was seen kissing the American Idol contestant in a Los Angeles bar over the weekend, with pictures making their way out onto the internet. This is a bit of an issue given that Aldean is married and has two kids with his childhood sweetheart.

Aldean had released a statement on his Facebook page, talking to fans and saying "The truth is that I screwed up. I had too much to drink, let the party get out of hand and acted inappropriately at a bar." He'd added "I left alone, caught the bus to our next show and that's the end of the story. I ultimately ended up embarrassing my family and myself. I'm not perfect, and I'm sorry for disappointing you guys. I really appreciate being able to work through this privately with my family and for all your continued support."

Fans have evidently read that and turned the blame towards Kerr, with TMZ.com reporting some of the more printable tweets aimed at the now deleted account."Disgusting home-wrecking tramp!" read one, with another adding "what is wrong with you taking advantage of a married man while he was drinking." Kerr never went home with Aldean, and sources claim she didn't know he was married. We're pretty sure this won't be happening again at any rate.