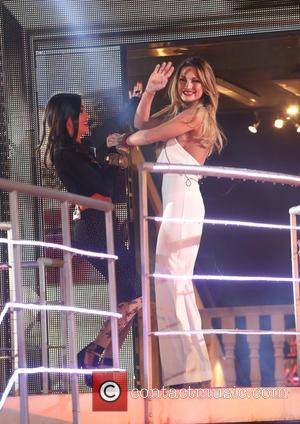 She became the second person to be voted off the show on Wednesday (15Jan14), following former boxer Evander Holyfield out of the door, but she may have found romance on the programme.

Waltz, who briefly dated David Arquette after he split from Courteney Cox, grew close to fellow Big Brother contestant Blue star Lee Ryan on the show, telling another housemate, rapper Dappy, "To me, I look at him and see a perfect man. I think he's great. I love being around him, he makes me feel good and happy."

When asked if she would be seeing the singer again during her exit interview, Waltz said, "I'm sure we'll see each other when we get out, I just really can't predict the future."