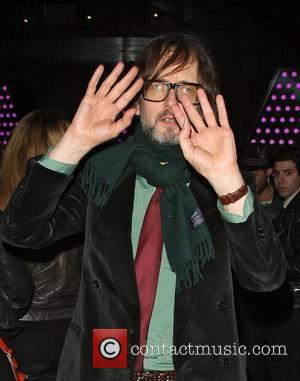 Pulp star Jarvis Cocker is to host a new late-night radio show exploring what Britons get up to after hours.
The rocker will take to the streets to investigate the unusual nocturnal activities of listeners, from a lonely inmate at London's Wormwood Scrubs prison to a drunk who stays overnight in an empty building.
Wireless Nights will also feature interviews with "people who gamble all night in slightly shady poker clubs" and "a guy who likes to go up to his allotment and drink cans of beer while waiting to see if a badger comes out", according to Cocker.
He tells Britain's Radio Times, "It's a late-night thing, half an hour at 11pm. Various people telling stories in their own words about what they get up to at night."
Cocker admits the series interested him because he has "always been quite nosy," adding, "I'm the glue that hopefully makes these strands adhere together."
The singer's first installment is due to air on 5 April (12) on Radio 4 in the U.K.