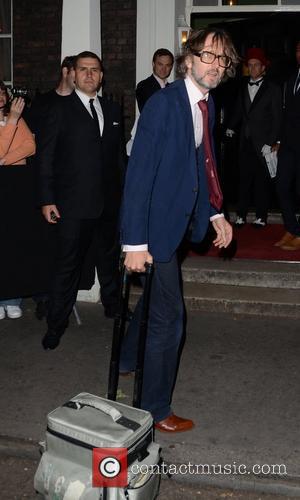 Former PULP star Jarvis Cocker will lend his musical magic to the latest Harry Potter movie - he's signed up to score the soundtrack.

The charismatic singer - famous for flashing his backside at MICHAEL JACKSON during the THRILLER legend's performance at the 1996 BRIT AWARDS - is also on board to make a cameo appearance in HARRY POTTER AND THE GOBLET OF FIRE.

Cocker, along with Scots rockers Franz Ferdinand have been picked to write music for the fourth installment of the boy wizard's adventures following director Mike Newell's pledge to modernise the film's soundtrack.

And after Newell turned to young Harry Potter actor Daniel Radcliffe and his co-stars for inspiration, Cocker emerged top of the wish list.

A WARNER BROTHERS source says, "Everyone here is really excited about Jarvis being involved in Goblet Of Fire. He is a very talented musician who is a big fan of movies and knows exactly how they work."