Review of Running The World Single by Jarvis Cocker 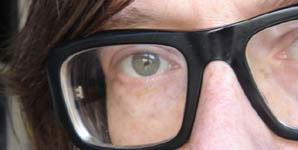 It's been a few months now since a single bespectacled eye peered at the world from the Murdochian cult of Myspace and gifted us this song, promising to save us from the unholy trinity of Blunt, Morrison and Powter, and more importantly, showing us that one of the country's finest songwriters is still on top form.

Running The World, is something of a lyrical volte-face for Jarvis Cocker, whereas before he was more concerned with the kind of kitchen sink dramas the Arctic Monkeys are currently purveying, now he has turned his attention to politicians. The result is both an uncompromisingly angry, and bitterly funny song, with a liberal scattering of foul language that enhances rather than detracts from the power of his message,

"Well did you hear, there's a natural order,
Those most deserving will end up with the most.
That the cream cannot help but rise to the top,
Well I say, "S**t floats.""

This is a kind of "Working Class Hero" for 2006, where the working classes are obsolete, and with no "If you wanna be a hero then just follow me."

Jarvis' tale is one of utter hopelessness and disdain, because he knows as well as anyone else that the closest the people of Britain will come to a social insurrection is a ruck outside the Ikea sales.

'Running The World', despite its bleakness manages to invoke hope through a joyfully reverby arrangement, Richard Hawley's contribution laid bare for all to see, and deserves its place in the Jarvis canon. Classic.