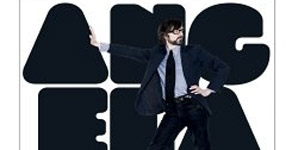 From the opening distorted Black Keys like guitar riff to the final seconds of the track 'Angela' shows off, a different (ahem) class, to Jarvis. This is most probably due to his collaboration with producer Steve Albini on his second solo album 'Further Complications'.

'Angela' is a stomper of a track with a fruitful bunch of backing vocals, some characteristic Cocker vocals, well written lyrics as ever, some ass kicking guitar and a suspense rich interlude. What more could you ask for?

Like Michael Jackson, or is that Jesus? ... anyway, I think anything Jarvis produces is always of a superior quality, so you can be rest assured this single and his album are worth owning.