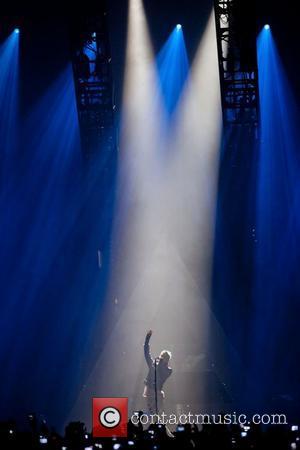 Actor-turned-rocker Jared Leto is releasing a book of photographs taken during his recent trip to Haiti in a bid to raise funds for the earthquake-ravaged country.
The 30 Seconds to Mars frontman spent a year in the Caribbean country when he was aged 12, and he returned there last month (Jan11) to "reconnect" with his former home following the devastating tremor last year in January 2010 that killed 230,000 people.
During his visit, Leto took photos to document the ongoing work to rebuild the nation, and he plans to publish a book of the images next month (Mar11) to raise money for the relief effort.
He tells Kerrang! magazine, "I'm very glad I decided to take this time and go. Although there was a lot of tragedy everywhere, I'm happy that I was able to reconnect with this beautiful place.
"There is a lot of work to be done. A lot of people are in need. The infrastructure is a disaster and the situation is dire, but the Haitian people are unstoppable. They have enormous challenges in front of them that sometimes must seem beyond repair, but their spirit is alive and well and they are looking toward a promising tomorrow. It's an inspiration to witness...
"I was questioning in what way I could participate. I'm not a doctor or a nurse, nor a disaster relief expert or a professional volunteer, but I'm an artist. I shot and filmed day and night, and will put together a collection of the images to raise funds that will be spent directly without any bureaucratic waste."