Leto Turned Down Eastwood To Tour With The Used 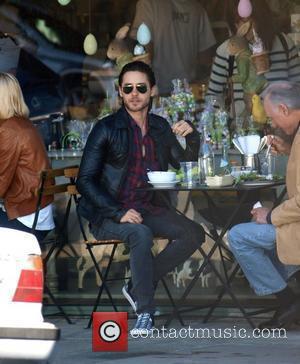 Actor-turned-rocker Jared Leto turned down the opportunity to star in Clint Eastwood's upcoming war movie FLAGS OF OUR FATHERS to play support US band The Used on tour. Leto, who has starred in Requiem for a Dream and Panic Room, has no regrets turning down the legendary film-maker, because he had already committed to promoting his band 30 SECONDS TO MARS' second album A BEAUTIFUL LIE. He says, "I look back at the things I had to say no to, and no one in their right mind... "Clint Eastwood wanted me for Flags Of Our Fathers last year (05). And I had to say no, because we were booked to open for The Used. It wasn't even the main support slot, but the third band on the bill. "People did not understand how I could say no to Clint. But the record was coming out and I was committed."