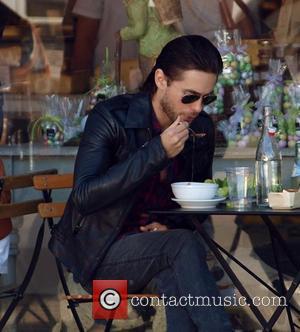 Actor-turned-rocker Jared Leto has threatened music critics with a baseball bat beating if they give his band harsh reviews. The 30 SECONDS TO MARS frontman finds it difficult to cope with criticism, and warns he often reacts violently to dissenters. He says, "It sucks. Sometimes you want to take a baseball bat to someone's face. Or maybe their kneecaps - that would probably be more fun. There are some people who might look better if you smacked them in the head with a baseball bat. "The music is close to us and we can take it personally when we hear something we don't like.