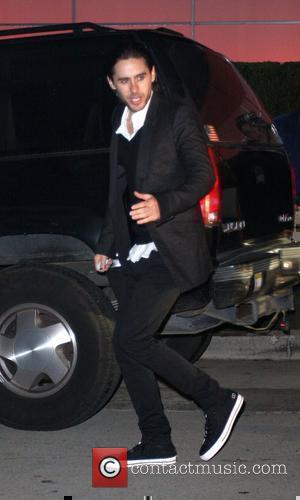 Picture: Jared Leto leave the Oscar party held at a Mansion and collects his car from the valet Beverly Hills, California - 23.02.08

Jared Leto's controversial portrayal of John Lennon's killer in CHAPTER 27 has become an unexpected hit in America.
The much-delayed film, which also stars Lindsay Lohan, has already been released straight to DVD in many territories across the world and reviews were mixed when the movie was given a limited release in the US last week (28Mar08).
But fans have been flocking to see the film, giving it the highest per-screen average of any current release.
The success has prompted distributors Peace Arch Entertainment Group Inc. to expand the release to more theatres this weekend (beg04Apr08).
The psychological drama explores the mind of Leto's character Mark David Chapman in the weeks leading up to the fateful day he shot and killed Lennon in New York in 1980.