Jared Leto to replace Will Smith in Brilliance

Jared Leto is reportedly in early talks to replace Will Smith in upcoming psychological thriller 'Brilliance', based on Marcus Sakey's novel of the same name. 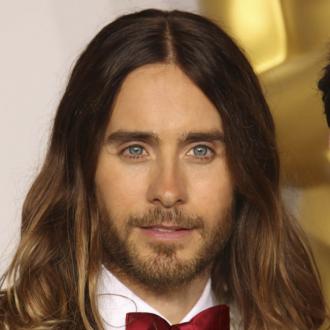 Jared Leto could be set to replace Will Smith in 'Brilliance'.

The 'Dallas Buyers Club' star - who won a best supporting actor Oscar for his role in the film - is reportedly in early talks to take on the leading role in the film adaptation of Marcus Sakey's novel of the same name after Smith dropped out last month, The Hollywood Reporter have stated.

If Leto signs up for the psychological thriller, about members of the population with exceptional powers known as 'brilliants', he will play a federal agent and detector of terrorists who must hunt down a rogue brilliant who is intent on causing civil war.

Smith decided to exit the project - which will be directed by Julius Onah from a script by David Koepp - because of apparent scheduling conflicts.

'The Girl with the Dragon Tattoo' actress Noomi Rapace will also star in the film, which is to be produced by Joe Roth, Thomas Tull and Jon Jashni.

Leto, 42 - who had been on a six year hiatus from the film industry before taking the part of Rayon in 'Dallas Buyers Club' - has been busy working on music with his band 'Thirty Seconds to Mars' while searching for his next film project.