Dented, Dinked and Filthy - Jared Leto's Oscar Gets Handed Round at Parties

What was once a pristine golden statuette, is now a "filthy mess"

Jared Leto was the first person to walk and collect an Oscar back in March. So the golden statuette has more time than any other to get scuffed and scraped, although it doesn’t help that Leto hands it round at parties for people to gawk at/drop. 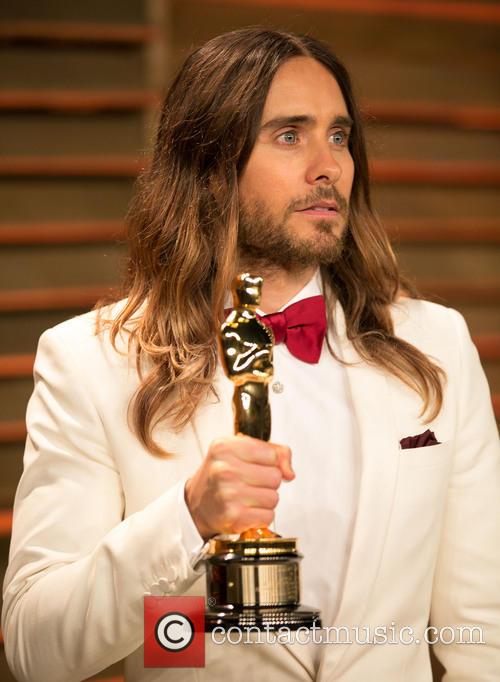 "I damaged it,” Leto admitted of his Oscar. “But then I came home and saw it had another nick on it. So it looks like someone else had fun with it, too. My Oscar is a filthy mess. Everybody was pawing that thing. I kind of was just passing it around at parties. A couple of times I lost sight of it and I thought, 'You know, if it goes away, it's not meant to be mine.' But it always seemed to find its way back to me."

Leto’s role as Rayon – a transgender HIV/AIDS victim – in Dallas Buyers Club alongside fellow Oscar-winner Matthew Mcconaughey reignited his passion for acting, which had been put on the back burner while 30 Seconds To Mars enjoyed a great few years. But, with increased interest in him from filmmakers, the multi-talented 42-year-old is interested in more roles.

"Yeah, I'm looking at scripts and reading scripts. Which is interesting because I didn't read scripts for years before 'Dallas Buyers Club,'" he said. "But now ... you have opportunities to work with people that you really respect or admire, people whose work has been inspiring and influential."

More: Jared Leto wanted to attend The Oscars in drag

And like most actors, stepping behind the camera would be a real thrill. "I think that would be really great. And when I have the right story to tell I'll certainly do that," Leto said. "You know I got into this crazy business because I was interested in being a filmmaker and director. I was in ... art school studying to be a painter. And then I switched my major to filmmaking and dropped out to pursue acting because I thought it would help me get a job as a director." Source: Fox News