Jared Leto No Magnet For Groupies

Jared Leto claims female fans of his band 30 Seconds to Mars are more interested in giving him gifts and poems than offering him sex. 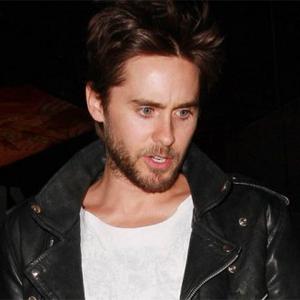 The 30 Seconds to Mars frontman claims female fans of his band are more interested in giving him and his bandmates - Tomo Milicevic and brother Shannon Leto - gifts or poems than a night of wild passion.

He said: "People are more likely to come up to us with artwork or poems or they've made you something like a bracelet rather than the other thing (sex). But our music never dictated that. We didn't get into a band to party and get chicks."

Although his rock band hasn't provided him with an endless stream of girls, Jared - who has also starred in a host of Hollywood movies, including 'Fight Club' - insists he hasn't struggled with the opposite sex.

He added to Britain's Elle magazine: "The music hasn't been a throughway to that (sex). But fortunately that hasn't been an area that's been lacking!"