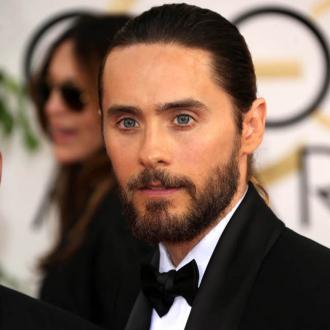 The 30 Seconds to Mars frontman portrays transgendered AIDS victim Rayon in the award-winning movie and he says his character's habit of ending her sentences with ''Darlin''' was influenced by his grandmother's way of speaking.

He said: ''I waxed my whole body and my eyebrows I lost a lot of weight, I changed my voice - the dialect and register - it was a pretty intense journey.

''[Saying 'Darlin'' at the end of sentences], my grandmother used to do that, she was from the South and there was certainly a bit of grandma in there.''

The 42-year-old actor shed a huge amount of weight for the role, but admits once filming ended he found it impossible to tuck into the huge feast he had been dreaming of.

Speaking on the Kiss FM Breakfast Takeaway, he said: ''When you starve yourself for that long, you cant even eat a tablespoon because you get full. You think you're going to have this huge meal and then you're stuffed after a couple of bites and can't enjoy it,everything is weird, it takes a while to get back to normal.

''And you start gorging when you do stretch your stomach a bit. It's hard to stop eating.''