Jared Leto admits he felt judged by the public when he went out in public wearing his 'Dallas Buyers Club' drag costume. 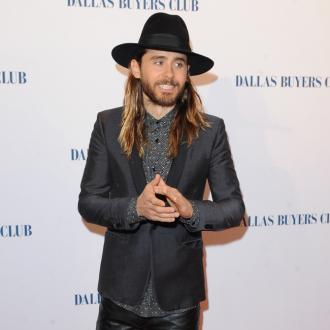 The 'Requiem For A Dream' actor donned full drag attire and lost almost three stone to play HIV positive transgender character Rayon in the Oscar-nominated drama, and admits the general public's reaction to his costume was sometimes hard to take.

Asked whether he wandered the streets in drag, he told ShortList magazine: ''Yeah, I did that a lot and - as pretty a woman as I thought I made - I didn't fool anyone.

''I went to the supermarket [in drag], mainly to stare at food because I wasn't eating, and I got lots of looks. Some were just like, 'Wait, is that ... that guy from films? Dressed as a woman?'

Jared - who has been focusing on his music career with his rock band 30 Seconds to Mars in recent years - spent a whopping eight hours a day in make-up on set and claims making the movie wasn't an enjoyable experience.

He explained: ''Losing 40lb - that's not fun. Let me be clear: there's no fun making a movie like 'Dallas Buyers Club'. I don't think one joke was cracked the entire time. Obviously, there are funny bits in the film - I don't think it made the final cut ... on the whole, the process of acting can be very tedious.

''For this movie, I was in make-up for eight hours. Twenty minutes is annoying, y'know, but eight hours?''