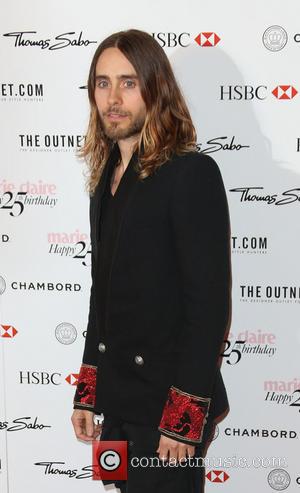 Rock star and actor Jared Leto landed his role as a transgender drug addict in new movie Dallas Buyers Club by dressing up as a woman and flirting with director Jean-marc Vallee on Skype.

The Canadian filmmaker had to be convinced that the 30 Seconds to Mars frontman was the right man for the job and when Leto contacted him while on tour with his band in Germany, Vallee signed him on the spot.

He tells Entertainment Weekly, "He had a wig, he was putting on lipstick, he had a dress on, he put on some Marc Bolan music, and he was hitting on me.

"He was, like, giving me the eyes and saying that he loved my grey hair. He was just having fun, and I was laughing. The Skype (call) lasted for 20 minutes and he never got out of the f**king character. He got the part right there."