The 43-year-old actor/singer is planning on putting his body through another rigorous transformation, but this time he is trying to pile on the pounds.

Over the years Jared Leto has been known to put his body through extreme transformations for certain movie roles, and he is set to do this again when the Thirty Seconds To Mars singer will portray the Joker in ‘Suicide Squad.’ 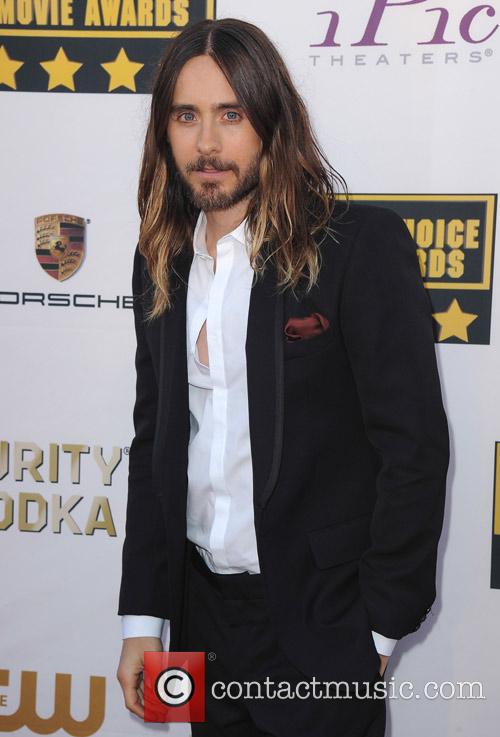 Back in 2012 Leto lost an alarming 30-40 pounds for his role as Raynon, a HIV-positive trans woman, in ‘Dallas Buyers Club.’ The part earned him an Academy Award for Best Supporting Actor in 2014, his co-star Matthew McConaughey took home the Best Actor award.

As well as playing a drug addict in 2000’s ‘Requiem For A Dream,’ the 43-year-old star also gained a considerable amount of weight, 60 pounds to be exact, to play John Lennon's assassin, Mark David Chapman, in 2007's ‘Chapter 27.’

Leto is planning on gaining weight once again to portray the Joker in the upcoming superhero flick ‘Suicide Squad,’ which will hit theatres on August 5th, 2016, and while speaking to Billboard magazine, he revealed his plans to eat as much as he can.

"Do you mind if I eat a little?" the actor asked in Billboard's Feb. 28 issue. "I'm trying to gain a lot of weight. It means I have to eat every couple of hours—and I'm terrible at eating a lot."

Leto is now in a very talented and exclusive group of actors who have played the Joker, including Jack Nicholson in Tim Burton's ‘Batman’ (1989) and Heath Ledger in Christopher Nolan's ‘The Dark Knight’ (2008), so when this opportunity came up, he just couldn’t say no.

"The opportunity to take on this nearly Shakespearean character—that's what graphic novels and comic books are becoming, right?" he added. "[He's] this beautiful disaster of a character. What a big challenge."

As well as Leto, starring roles in ‘Suicide Squad’ have also been given to Will Smith and Tom Hardy.