Spanish Rockers Jarabe de Palo Have Pulled Out Of Plans To Embark On A New World Tour As Singer Pau Dones Battles Cancer. 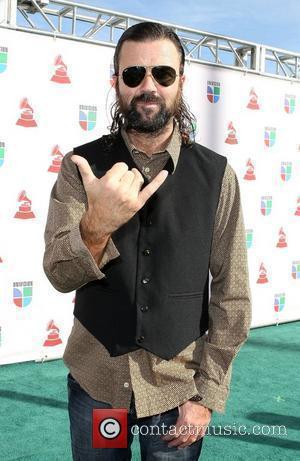 Dones broke the news of his colon cancer diagnosis to fans on Tuesday (01Sep15), when he took to YouTube.com to share a video of himself in a hospital in Barcelona, and titled the footage, set to the band's song Depende, Stomach Ache.

Dressed in a hospital gown, walking through a medical centre thanking doctors and nurses for their care, he opens up about his health crisis and apologises to fans for cancelling the group's tour, promising to return to the stage next year (16).

The video ends on a humorous note as a voice on the hospital's public address system orders Dones to return to his room.

The singer, 48, also uses the opportunity to urge devotees to undergo regular medical check-ups after doctors discovered his tumour just before the disease became terminal.

He explains, "Cancer is like a ghost that appears without warning. So it's important to pay attention. With cancer, the saying 'prevention is the best cure' really makes sense."

Jarabe de Palo's tour had been due to kick off in Cambridge, Massachusetts in October (15) and include shows in New York and Portland, Oregon, before heading to South America and Europe.