Raised in a very feminine surroundings, he's protected from 'those s***ty things dads accidentally do'.

January Jones has opened up about raising her son as a single mother, revealing that she feels bringing him up surrounded by women is having a positive effect on his life because he's protected from the incidental sexist comments that he may be subject to if he had a father. 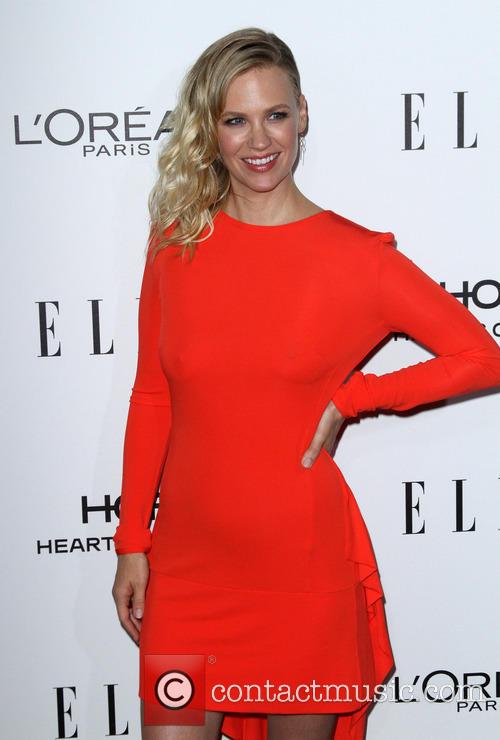 January Jones talks about raising her son as a single mother

It might be a presumptious comment to make, but 'The Last Man on Earth' star thinks not having anyone to tell him that crying is for girls is going to make 5-year-old Xander Dane Jones a good man in the future. She explained about his female-heavy family in an interview with Red magazine, the cover on which she was featuring.

'It's good to have strong women around a man', she said. 'To teach him to respect women. He doesn't have a male person in his life saying 'don't cry' or 'you throw like a girl'. All those s***ty things dads accidentally do.'

The actress seems to much prefer the company of women over men despite the love she has for her male relatives. She wouldn't even let a man into the room when she was giving birth to Xander. 'My younger sisters [Jacey and Jina] and my mum and my doula were in the room. My brother-in-law and my dad were next door', she said. 'I only wanted women with me. Female energy.'

In 2011, the former 'Mad Men' star gave birth to her son. She was not in a relationship at the time and she has remained secretive about the identity of the father. There has been much speculation since about who he is, and there have been suggestions in the media that she was paid to keep quiet about the paternity by the father who could've been married. We'll never know until she decides to unveil the truth, but she seems happy with life as it is.

For those people who are sceptical of this so-called 'female energy', rest assured that Xander still gets plenty of exposure to the men in January's life. 'Xander has a lot of bro time with the neighbour dads and my dad, who is super young', she insisted. And, for now at least, that's enough because she's no interest in pursuing another relationship at the moment.

'People want to set me up all the time and I'm like, 'No way.' If I meet someone and we go out, then fine, but I'm not going to go look', she said.